The Best Landscape Materials Delivered to Your Door!!!

Our pine bark mulch landscaping materials are free of any fillers, so you can be sure that you are getting only the highest quality mulch available. Whether you are a landscape professional or homeowner, you will appreciate the quality, texture and color of our premium pine bark mulch.

Pine mulch is popular with Kennesaw homeowners and throughout the Atlanta area. We carry pine mulch that has been dyed brown, black, or red with a safe, biodegradable dye. Pine mulch is ground up pine and is safe for almost any application including around trees, in gardens and flowerbeds, and to cover large natural areas instead of turfgrass.

Pine mulch is a less expensive alternative than other types of mulch because it decomposes relatively slowly. Mulching less frequently saves you time, effort and money!

Canton landscapers and homeowners know that pine mulch is an excellent landscaping material that adds topsoil, preserves moisture and helps to prevent weeds from growing. A two to four inch layer of mulch will generally prevent weeds from germinating while reducing moisture evaporation by up to 25%. 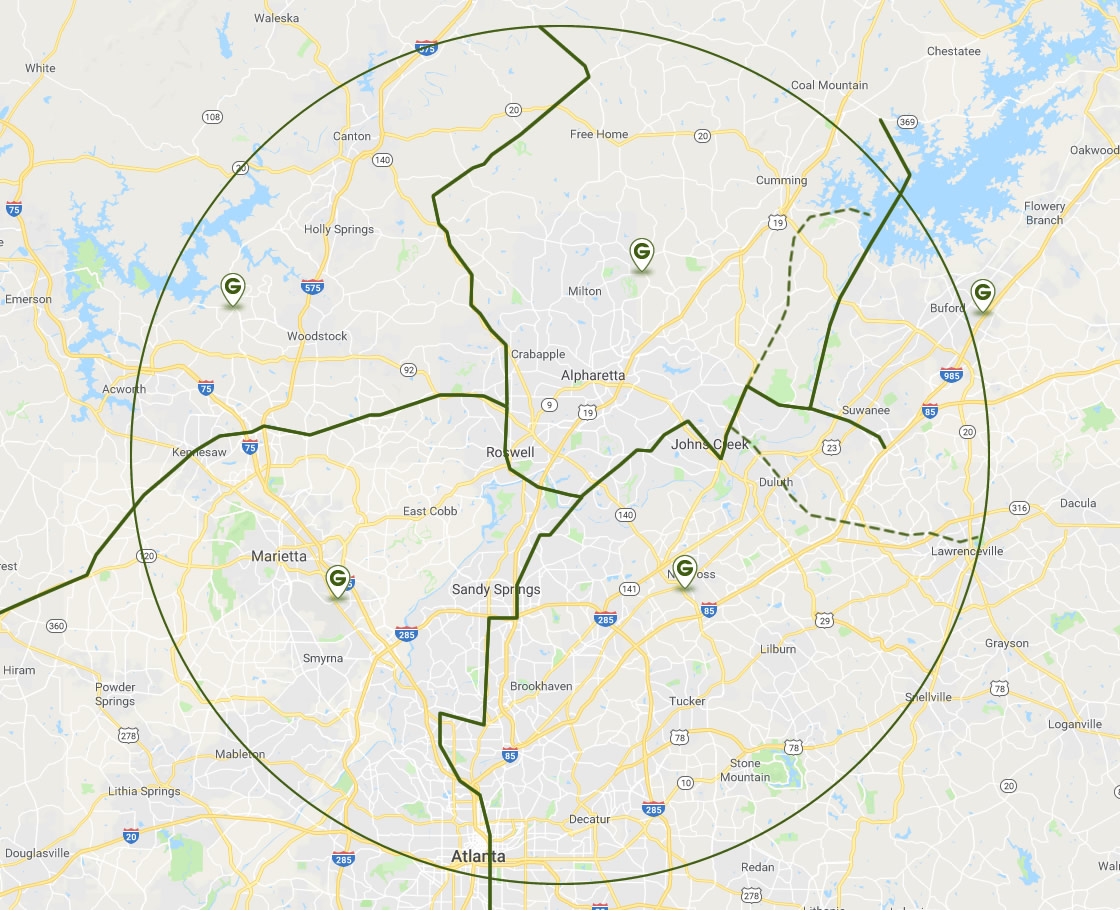